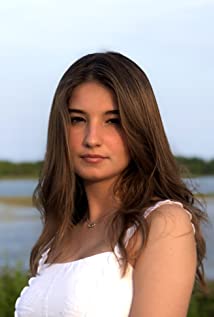 Lillian Blankenship was born in Wilmington, North Carolina, aka "Hollywood East", the home of Screen Gems studios and blockbuster films like Iron Man 3 (2013). Her mother enjoyed backstage theatre work and her father is a musician and singer. Growing up in Wilmington, Lillian enjoyed acting and singing on stage in children's theatre roles in Disney Junior musicals, including Mulan, Aladdin and Beauty and the Beast. This early theatre work taught her that performance art is fun and exciting but also requires hard work.In December 2013, she moved with her mother, father and brother to Sofia, Bulgaria, the home of Nu Boyana studios, owned by Millennium Films, which has produced hit films such as The Hitman's Bodyguard (2017) and The Expendables (2010). Unbeknownst to Lillian and her family, this move to Bulgaria would soon launch her film career. As they later learned, many Hollywood stars, including Morgan Freeman, Sylvester Stallone, Ben Kingsley, Antonio Banderas, Salma Hayek, Nicolas Cage and others routinely film in Bulgaria.Lillian's big break came when her family received an email from a US Embassy friend about a casting need for a young actress with brown hair and brown eyes to play the daughter of Antonio Banderas. She and her family thought it sounded fun and sent in a few pictures to the casting director, Mariana Stansheva. With joyful surprise, Lillian learned that she was awarded the role of Sylvia in Security (2017). It was a small role but also the type of opportunity that thousands of young actors dream of, playing the daughter of Banderas, "the dad from the Spy Kids movies!" Banderas was very kind on set and even complimented Lillian's English language skills, probably thinking that she was a local Bulgarian. Within a year's time, they were working together again as father and daughter in Acts Of Vengeance (2017), where, in addition a larger acting role, Lillian made her on-film vocal performance debut by singing The Everly Brothers hit, "All I Have To Do Is Dream" many times in front of an audience of 300 extras.She also landed a significant role in a reboot of a George A. Romero zombie cult classic film, Day of the Dead: Bloodline (2017), where her character, Lily, is central to the plot and appears in many scenes with the protagonist, Sophie Skelton of Outlander fame. Throughout many days on set, including some chilly late nights, Skelton was a lovely "big sister" role model. When Lillian's character, Lily, wrapped she received a beautiful standing ovation from the cast and crew. The producers and directors shared that film industry professionals tend to expect child actors to be time consuming to work with but, on the contrary, they complimented her for being very prepared, patient and flexible. It seems that the work ethic learned in children's theatre really paid off.