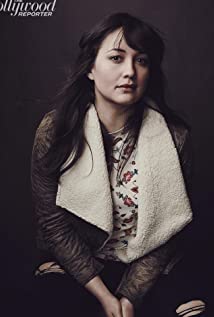 Born in Montana, Gladstone was raised on the Blackfeet Indian Reservation and later near Seattle, WA. She graduated with high honors from the University of Montana in 2008 with a BFA in Acting/Directing, and a minor in Native American Studies.Gladstone was introduced to audiences in Alex and Andrew Smith's adaptation of Winter in the Blood, a NYT best seller and seminal novel by Blackfeet/Gros Ventre author James Welch. Her breakout role came in 2016 from Kelly Reichardt's Certain Women, a performance which earned her the Los Angeles Film Critics Association Award for Best Supporting Actress, Boston Society of Film Critics Award for Best Supporting Actress, as well as nominations for the Independent Spirit Award for Best Supporting Female and Gotham Independent Film Award for Breakthrough Actor.In 2017 Gladstone joined the Oregon Shakespeare Festival acting company, and in 2020 she stared in the Yale Repertory Theater production of Mary Kathryn Nagle's Manahatta.In 2019 Gladstone reunited with Reichardt for First Cow. The film won Best Film at the 2020 New York Film Critics Circle Awards, and was named one of the ten best films of 2020 by the National Board of Review.

Winter in the Blood