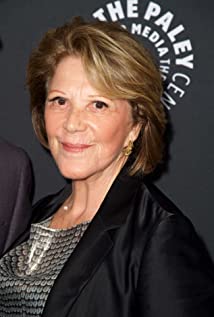 Born in Portland, Maine to a musically inclined family (her mother was once an opera singer) and on stage from the age of 5, singer/actress Linda Lavin graduated from The College of William and Mary with a theatre degree.Linda pounded the New York pavements in the early 1960s searching for work following some stock roles in New Jersey, and gradually made a dent within the New York musical comedy scene with roles in "Oh, Kay!" (1960), "A Family Affair," (1962), "It's a Bird...It's a Plane...It's Superman" (1966) (her standout number was "You've Got Possibilities") and "On a Clear Day, You Can See Forever" (1966). She also won kudos for her straight acting roles in "Little Murders" (1969 Drama Desk award) and "Last of the Red Hot Lovers" (1969 Tony nomination). A one-time member of Paul Sills' Compass Players comedy troupe back in the late 1950s, she served as a replacement in Sills' "Story Theatre" Broadway production in 1971.Television beckoned in the 1970s and utilized her singing talents in a small-screen version of Damn Yankees! (1967) starring Phil Silvers and Lee Remick. After a one-season false start as Detective Janice Wentworth on the sitcom Barney Miller (1975), it did not take long for the talented lady to become a household name in another. As the titular waitress/mother in the sitcom Alice (1976), based on the award-winning film Alice Doesn't Live Here Anymore (1974) starring Oscar winner Ellen Burstyn, Lavin won deserved stardom. During the nine seasons (1976-1985) the show was on the air, she nabbed two Golden Globe awards and an Emmy nomination. Ever the singer, she even warbled "There's a New Girl in Town" over the opening credits of the show to the delight of her fans.Following this success, Linda lavished her attentions once again on the stage. She earned renewed respect, in addition to several critic's awards, for her diversified Broadway work in "Broadway Bound" (1987 Tony award), "Death Defying Acts" (1995 Obie award), "The Diary of Anne Frank" (1998 Tony nomination: as the high-strung Mrs. Van Daan) and "Tales of the Allergist Wife" (2000 Tony nomination). She later appeared in a PBS-TV version of Collected Stories (2002) and in 2010 revived it on Broadway, earning a Tony nomination for her efforts. She has also occasionally directed for the stage.Linda was married and divorced twice to actors -- Ron Leibman and Kip Niven -- and in 2005 married her third husband, actor Steve Bakunas, who is also an artist and musician. After her "Alice" heyday, the actress would again return to series work, albeit the short-lived Room for Two (1992) and Conrad Bloom (1998).Millennium credits include penetrating/amusing TV work on "The Sopranos," "Law & Order: Criminal Intent," "The O.C.," "Madame Secretary," "Santa Clarita Diet" and "Room 104," plus regular roles on three comedy series -- Sean Saves the World (2013), 9JKL (2017) and Yvette Slosch, Agent (2020) (title role). As for stage work, Linda returned to Broadway where she received fine reviews for her starring role in Carol Burnett's autobiographical play "Hollywood Arms" (2002) portraying Burnett's grandmother. The piece was co-written by Burnett's late daughter, Carrie Hamilton. Linda also received excellent reviews in "Collected Stories" (2010). Subsequent Broadway shows included brief runs of "The Lyons" (2012) and "My Mother's Brief Affair."

Nancy Drew and the Hidden Staircase

How to Be a Latin Lover