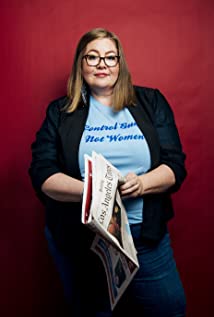 Lisa is an actor, writer, improviser and producer living in Los Angeles. She has been steadily working across genres in TV and film production and is also the co-host of Go Help Yourself Podcast, a comedy self-help podcast to make life suck less.Lisa grew up in Illinois and studied and performed improvisation and sketch comedy in Chicago at The Second City, iO (formerly Improv Olympic), and The Annoyance. She was in several critically acclaimed shows, including the remount of Close Quarters at iO, Out Of Character at The Playground, and A Woman's Path at The Annoyance.Recently, her short film PHILANTHROPY had its world premiere at the Dances With Films festival. She wrote, starred in and co-produced the project. It had an excellent festival season, appearing in a eleven festivals across the nation, including the San Jose International Short Film Festival, Beloit International Film Festival, Austin Comedy Film Festival, and was a nominee in the Laugh or Die Comedy Fest.She created DOG MOMS, a satirical web series parody of Lifetime TV's Dance Moms, which was selected in 2016 for the New Media Film Festival as well as the Austin Revolution Film Festival. She is co-creator/writer/producer/star of the web series Rick & Len Fix Sh!t In Your House, which won several awards in 2013: Lead Actress at LAWebfest, a finalist at the Chicago Comedy Pilot Competition, and overall web series winner at the Chicago Comedy Film Festival.Her podcast has produced over 250 episodes and was featured in Spotify's 2021 "Find The One" event, alongside Brené Brown, Michelle Obama, and Oprah's podcasts.She relocated to Los Angeles in 2013.