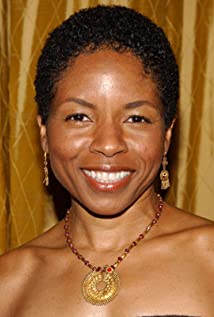 Lisa's mother, Tina, is a retired social worker. Her late father, Ira, worked as an engineer and then went into business as a general contractor. A sister, Heidi, is a lawyer. Lisa started acting as a child and played Flip Wilson in a 3rd grade performance. During junior high, she started traveling by train to Manhattan for private acting lessons and acted in summer drama camps. Her principal interest initially was to act in Shakepearean drama. She earned her degree from theatre from New York University and followed it up with a second BFA from Julliard. In 1993, she got her first break at the New York Shakespearean festival playing Isabella opposite Kevin Kline in "Measure for Measure". She was later turned down to play the role of Hester Prynne in a production of "The Scarlet Letter" because of race. Upset, she wrote a letter to 'The Village Voice' to protest legal racism. The play's playwright, Phyllis Nagy, responded with a criticism of her acting, which obviously made things worse. She went on to have a successful career in theater. In 1995-96, her portrayal of a South African singer in Athol Fugard's Valley Song garnered an Obie Award and the Clarence Derwent Award. More recently, Hamilton earned critical acclaim, her second Obie, and a Lucille Lortel Award nomination for her role as Suzanne Alexander in Adrienne Kennedy's, "The Ohio State Murders." Besides appearing in over two dozen films, Hamilton directed the documentary film Beah: A Black Woman Speaks in 2003. This film, about pioneering black actress Beah Richards, dealt with Hamilton seeking out Richards, an African-American actress who had broken ground making inroads for black actresses.

Life of a King