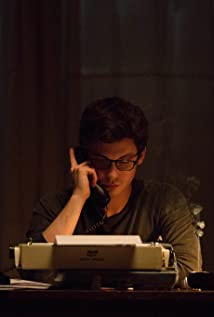 One of today's leading talents across both independent and mainstream film, Logan Lerman is an immensely talented actor who takes on challenging roles and brings dynamic characters to life on screen.Logan was born in Beverly Hills, to a Jewish family. His parents are Lisa (Goldman), who worked as his manager, and Larry Lerman, an orthotist and businessman. He has two siblings, Lindsey and Lucas, both older. His family operate the orthotics and prosthetics company Lerman & Son, which was founded by his great-grandfather, Jacob Lerman.When he was two and a half years old, Logan told his mother that he wanted to be an actor. At the age of four, Logan had an agent and was booked for two commercials. He made his big screen debut as William, the youngest son of Mel Gibson's character, in Roland Emmerich's war drama The Patriot (2000), and then appeared as the younger version of Gibson's character Nick Marshall in Nancy Meyers's romantic comedy What Women Want (2000). After a small role in 2001's Riding in Cars with Boys (2001), by 'Penny Marshall', he starred in the John Grisham adaptation A Painted House (2003), a made-for-television film that won him the first of his three Young Artist Awards.Logan played the younger version of Ashton Kutcher's character, Evan, in The Butterfly Effect (2004). After a guest-starring role in 10-8: Officers on Duty (2003), he starred in the WB Network's series Jack & Bobby (2004), where he portrays Bobby (Robert) McCallister, a teenager who will grow up to be President of the United States. After the show's cancellation in 2005, Logan returned to film, starring in the family adventure Hoot (2006). The next year, he played the son of Walter Sparrow (Jim Carrey) in the dark thriller The Number 23 (2007), and co-starred with Russell Crowe and Christian Bale in James Mangold's critically-acclaimed Western remake 3:10 to Yuma (2007). His next two roles were a foul-mouthed private school student in the comedy Meet Bill (2007) and actor George Hamilton in the period drama My One and Only (2009). Both were independent films that received limited releases. Also in 2009, Logan appeared with Gerard Butler in the R-rated action thriller Gamer (2009), as a foul-mouthed teenager who controls Butler's character in a real-life video game.In 2010, Logan starred as Percy in the fantasy adventure Percy Jackson & the Olympians: The Lightning Thief (2010), based on the best-selling young adult book series of the same title. The film gave him notice among a wider audience. Subsequently, he starred as D'Artagnan in a remake of The Three Musketeers (2011), which was Logan's grandfather's favorite childhood book. Lerman then headlined the coming-of-age indie drama The Perks of Being a Wallflower (2012), alongside Emma Watson, Paul Rudd and Ezra Miller, based on the 1999 novel of the same name. Perks garnered numerous nominations and wins at the People's Choice Awards, The Independent Spirit Awards and the Teen Choice Awards, and Logan received a 2013 Teen Choice Award for Choice Movie Actor in a Drama. Around this time, he had a supporting role in the independent film Stuck in Love. (2012), and returned to star in Percy Jackson: Sea of Monsters (2013).His first 2014 role was in Darren Aronofsky's acclaimed Biblical epic film Noah (2014), playing one of the title character's sons, Ham. The film, also starring Russell Crowe, Jennifer Connelly, Anthony Hopkins, Douglas Booth, and Emma Watson, grossed over $100 million at the North American box office. Logan next starred with Brad Pitt, Shia LaBeouf, Jon Bernthal, and Michael Peña in the World War II-set action drama Fury (2014); in the film, he played one of several American soldiers engaged in tank combat against the German forces, during the last weeks of the Nazi regime.Lerman next played the lead in writer-director James Schamus's 1950s-set drama Indignation (2016). Logan received rave reviews for his performance as Marcus Messner, an idealistic Jewish atheist from Newark who travels to Ohio to study at a conservative Midwestern Lutheran college. The film is based on Philip Roth's bestselling novel of the same name, and premiered at 2016's Sundance Film Festival.In 2018, Logan voiced real-life soldier Robert Conroy in Sgt. Stubby: An American Hero (2018), about the famous World War I war dog. He began the 2020s starring with Al Pacino and Josh Radnor in the stylish television drama Hunters (2020), playing Jonah Heidelbaum, a Brooklyn teenager who joins a group hunting down escaped Nazis. His upcoming roles include Sean Fogle in the Irish-set drama End of Sentence (2019), with John Hawkes as his character's father, and Fred Nemser in the thriller Shirley (2020).When Logan is not working, he likes to play soccer and baseball. He is an LA Lakers fan.