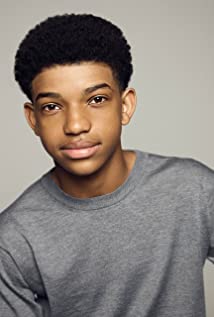 Lonnie Chavis was born in Southern California. At the age of 4, Lonnie showed interest in acting when he pointed to the television and told his mother that he wanted to go "there". At 6 years old, Lonnie's mother began submitting him for modeling and commercial opportunities and it was then that Lonnie was discovered by a theatrical agent. Lonnie's passion for acting thrived once he began auditioning for television and film.At the tender age of 9, Lonnie landed his first recurring role on NBC's hit dramedy series, This Is Us starring Mandy Moore, Milo Ventimiglia and Sterling K Brown. Lonnie plays '9-year-old Randall' the younger version of Emmy Award winning actor, Sterling K. Brown.In September 2016, Lonnie shot a pilot for Showtime titled White Famous executive produced by the legendary Jamie Foxx. Lonnie plays the role of 'Trevor', the bright and appealing, young son of Floyd played by comedian Jay Pharaoh. Next up for Lonnie, he'll be playing the role of Young Cameron in the Disney feature film, Magic Camp starring Adam Devine and Jeffrey Tambor.In his free time, Lonnie loves to swim, play video games and work on his dance skills. Lonnie lives in Long Beach, CA with his parents and two younger brothers.

The Boy Behind the Door

Bella and the Bulldogs