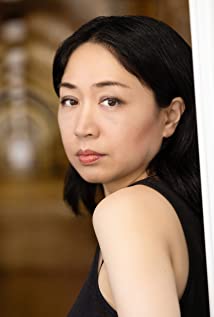 Lora is a multi-lingual actress who is known for playing comedic roles such as the no nonsense goth stage manager Meredith in "Hacks" who keeps (or at least tries) to keep Las Vegas star comedian Deborah Vance (Jean Smart) on track, or exhausted workout mother in "Good Girls" opposite Christina Hendricks. She is no stranger to drama, known for role of Sepedeh in "The Vigilante" on Amazon Prime, based on actual events and playing empathetic doctor or nurse in numerous films and TV.This West Virginia native credits her foray into acting with her first role as a tree at the age of 6. She went on to do a multitude of roles in theatre, until she booked her first on-camera role on a national commercial for AOL. Numerous other commercials, industrial videos, voiceover jobs, independent films, and TV roles soon followed. She continued to perform in theatre in Washington DC and the Midwest. Lora later moved to Los Angeles where she was selected as a best performer for the online web site StarCast Auditions which seeks up and coming talent in Hollywood. She is a company member of the Ruskin Theatre Group in Santa Monica, CA, where she has both acted in and directed plays.In addition to acting, she was an entertainment reporter for online entertainment magazine Eclipse Magazine where she interviewed producers, show runners, directors, and celebrities in film and TV. True to her Filipino roots, she also was co-host for online series The Coffee Corner Show which covered local Filipino events in Los Angeles.