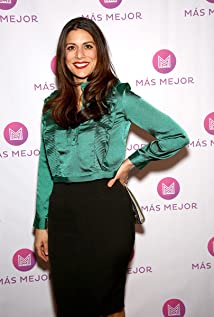 Lorena Diaz is a Latina actress, best known for her work as Nurse Doris on Dick Wolf's Chicago Med, Chicago Fire and Chicago PD franchise. Lorena is one half of the critically acclaimed comedy duo Dominizuelan who teamed up with Fred Armisen and Mas Mejor Productions (a Lorne Michaels project) to co-write and star in the "Dominizuelan Consulate", a comedy about 2 best friends who refuse to work "real jobs" and decide to open up a fake consulate to a fake country. Lorena is also known for her work on, Who Gets the Dog, One Night Stand, Bobby and Izza (NBC Pilot competition winners) and is featured in Nicholas Cage's film "MOM & DAD".

Who Gets the Dog?