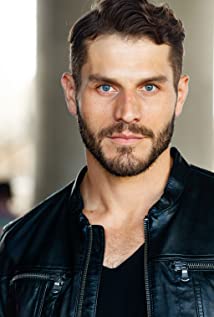 Lou Ferrigno Jr. is an American dramatic and comedic actor. Beginning his career in entertainment as a fitness model, Ferrigno Jr. quickly transitioned to roles in commercials, Tv, and films. He's best known for his work on S.W.A.T. (2019), 9-1-1 (2018), Rush: Inspired by Battlefield (2016) and How I Met Your Mother (2013). Upon graduation from The Annenberg School for Communication (USC), he began studying improvisational comedy at LA's finest schools: Improv Olympic (iO), Upright Citizens Brigade (UCB), and the West Side Comedy Theatre (WCT). Before long he would land national commercial spots for Subway, Dr. Pepper, Comcast, Carl's Jr., Mopar, Honda, Oscar Mayer, Miller Light, FIAT, Home Depot, and Navy Federal Credit Union, to name a few. As the eldest son of actor/bodybuilder Lou Ferrigno, he spent much of his youth with his parents on Tv and film sets all across the globe. Exposure to acting at a young age manifested to become his passion for film and Tv. Ferrigno Jr.'s first dramatic break was on the longtime daytime soap, Days of Our Lives (2012), and thereafter booking recurring roles on hit Tv programs How I Met Your Mother (2013) and Teen Wolf (2014).