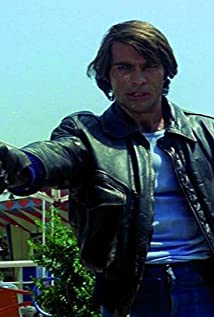 Though remembered as an Italian pulp cinema icon of the 1970s, Luc Merenda was actually born and raised in Nogent-le-Roi, Paris, France, with Italian ancestry through his paternal grandfather. A thrill-seeking, multi-disciplinary athlete in his youth (his hobbies include savate, motorcycle racing, and skydiving), Merenda entered into the film industry at the age of 27 after being spotted at an audition while working as a model. He was one of the top leading men of the poliziotteschi genre, gritty urban crime dramas featuring dirty cops and even dirtier criminals. His career slowed down in the 1980s with the decline of poliziottescho, appearing mostly on television, before retiring to his native France to own and operate an antiques and modern art gallery.

Could It Happen Here?