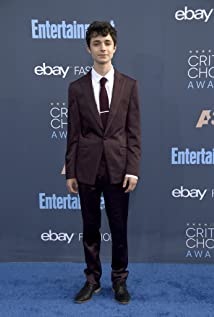 Lucas made his motion picture debut in Blumhouse Production's Sinister 2 (2015), after having just completed a role in the groundbreaking, global Netflix production, "Sense8," in episodes directed by the Wachowski siblings. Lucas can also be seen in the starring role in the independent film, Thrill Ride (2016), by writer/director Chris Parrish as well as a featured role in NBC's Chicago Fire.Lucas is best known for his starring role of Jamie in writer/director Mike Mills' critically-acclaimed film, 20th Century Women (2016).Lucas is a Chicago native and the oldest of four children of Jennifer (Golden) and Matthew Zumann. He was introduced to the performing arts in a 2012 Chicago production of Lionel Bart's classic stage musical "Oliver" presented by the Light Opera Works, in which he was part of the ensemble.When not before the cameras, Lucas enjoys such hobbies as photography, filmmaking, playing guitar, aerial arts, martial arts, and Parkour.