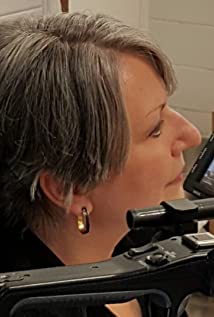 Before telling stories through film, native Chicagoan Lucia Mauro was a longtime theater/dance critic and arts journalist for the Chicago Tribune, Chicago Sun-Times, Chicago Magazine, New York's In Theatre Magazine, Dance Magazine and more prestigious publications across the country. She was an on-air radio personality (WGN, Chicago Public Radio) who regularly commented on theater, dance and classical music. Her passion for photography earned her two published books of her work and being named the Chicago photographic representative of the Milan-Chicago Sister Cities program during its 50th anniversary year. Lucia Is also the author of a series of books on the performing arts for McGraw-Hill.She graduated summa cum laude, with honors, from Loyola University Chicago and served as a professor of dance history at its Chicago and Rome campuses. She speaks fluent Italian and has visited every region and island of that country over the past 30-plus years.Lucia's latest film, I Have a Name, is a documentary -- in collaboration with The Chicago HELP Initiative -- that puts a face on homelessness through the organizations that nourish the whole person. Her short film, Voci del diario (Entries), recently completed post-production. It explores the life cycle through one man -- and his journal entries -- at different stages: childhood, young adulthood, middle age and senior years. Her 2017 documentary, Frances Xavier Cabrini: The People's Saint, honors the Patron Saint of Immigrants' Centenary and shows those living humanitarian missions today. It was an Official Selection of the Catholic Film Festival in Seoul, South Korea. Lucia is the writer-director of the 2016 feature, One Year Later, the story of an American woman who takes a cathartic trip to the Italian Alps one year after completing cancer treatment. It screened at Montreal's 2016 Views of the World Film & Music Festival, where it was nominated for Best Original Score. One Year Later is also shown throughout the medical community for cancer support groups. Her 2014 short film, In My Brother's Shoes, starring Danny McCarthy (Boardwalk Empire, Elvis & Nixon) as a man who honors his fallen U.S. Marine Corps brother by taking a pilgrimage to Rome, Italy in his sibling's combat boots, was awarded Best Short Film at the 2015 Vatican Film Festival in Rome. It also was featured in the 2015 International Cannes Film Festival's Short Film Corner. All of her films explore the idea of healing, resilience and human connection.She is married to film producer Joe Orlandino, and they reside in Chicago and Southern Italy. They are the founders of the non-profit, In My Brother's Shoes, Inc., which educates and inspires through film production and screenings.