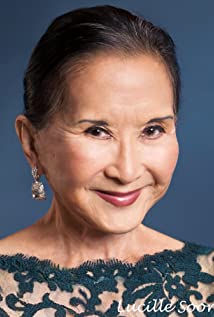 Lucille Soong was born in Beijing, China and moved to Hong Kong when she was 22. Discovered by the famous English director Lewis Gilbert, Lucille was cast to play a bride in the feature Ferry To Hong Kong with Orson Welles. After moving to London during the Swinging 60's, she was chased down by an agent who offered her a role in the historical feature 55 days at Peking with Charlton Heston and Ava Gardner. During this time, she became the first Chinese fashion model in the English Models Directory. She guest starred in the long running British TV series Coronation Street, landed the leading lady in American movie One More Time with Sammy Davis Jr., directed by Jerry Lewis. After making the move to Hollywood Lucille had notable feature roles in Joy Luck Club and Freaky Friday. Her television roles have included a recurring role on Desperate Housewives, According To Jim, Dharma & Greg, Huff and Bones before landing the role of "Grandma Huang" in Fresh Off The Boat.

Employee of the Month