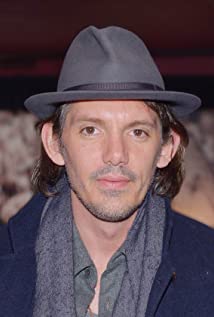 Lukas was born on April 16, 1976 in West Hollywood, California. His Texas-born mother, Emily Tracy, is a writer, and his German-born father, Berthold Haas, is an artist. He has twin brothers, Simon and Nikolai. It's widely noted that Lukas was discovered at the age of five by casting director Margery Simkin while he was in kindergarten.While his first screen role was as the youngest of the doomed children in the 1983 nuclear Holocaust film Testament (1983), it was his second appearance, in Witness (1985) opposite Harrison Ford and Kelly McGillis, that earned attention and acclaim. In Peter Weir's 1985 film, Lukas portrayed Samuel, an Amish child who was the sole witness to an undercover cop's murder, and his work earned him starring roles in such films as Lady in White (1988), The Wizard of Loneliness (1988), and Alan & Naomi (1992) - the latter film co-written by his mother.Lukas was subsequently nominated for an Emmy for his portrayal of AIDS victim, Ryan White, in the controversial TV movie, The Ryan White Story (1989). He continued to distinguish himself in film in starring roles including: Music Box (1989) with Jessica Lange and director Costa-Gavras; Convicts (1991) and Rambling Rose (1991) (both with Robert Duvall); and Boys (1996) with John C. Reilly and Winona Ryder.On stage, in 1988, Lukas performed alongside Steve Martin and Robin Williams in Samuel Beckett's "Waiting for Godot" at Lincoln Center in New York City for director Mike Nichols. He also starred with Martin in the film Leap of Faith (1992).Lukas went on to work with directors Woody Allen in Everyone Says I Love You (1996), Tim Burton in Mars Attacks! (1996), and Alan Rudolph in Breakfast of Champions (1999). He had a pivotal role in Brick (2005), Rian Johnson's directorial debut with Joseph Gordon-Levitt. He next appeared in the Kurt Cobain-inspired Last Days (2005), directed by Gus Van Sant, which premiered at the Cannes Film Festival. Roles in Material Girls (2006), slasher movie send-up The Tripper (2006), Who Loves the Sun (2006), Gardener of Eden (2007), While She Was Out (2008), and Death in Love (2008) followed.Recently, Lukas had a supporting role in Christopher Nolan's Inception (2010) opposite Leonardo DiCaprio, Ellen Page, Joseph Gordon-Levitt, Michael Caine and Marion Cotillard. He then appeared in Red Riding Hood (2011) for director Catherine Hardwicke, and Contraband (2012), director Baltasar Kormákur's English-language remake of the movie he starred in, Reykjavik-Rotterdam (2008).Lukas was most recently seen in Crazy Eyes (2012). He has several projects in production, including Meth Head (2013) written and directed by Jane Clark.Also a talented musician, Lukas plays drums and piano in the band The Rogues.

Dark Was the Night