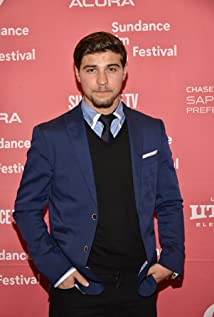 With numerous roles on television and a feature career on the horizon, Luke Bilyk is a young actor whose star is on the ascent.Born in North York, Ontario, Canada, Luke's passion for acting began at the early age of five. Following that zeal for creating characters, Luke became best known for his role as "Drew Torres" on the iconic television series "Degrassi: The Next Generation," where he was a fan favorite for 5 seasons.Luke followed up his run on "Degrassi," by flexing his dramatic muscles joining the Emmy Award winning Canadian series "Lost Girl" for two seasons. In the sci-fi drama, Luke played "Mark," a character whose tough exterior belied a haunted past.In Spring 2016 we will see Luke alongside Jason Priestley and Molly Ringwald in the half-hour single camera "tween" comedy series "The Wonderful Wayneys," created by Tom Saunders of Arrested Development and NewsRadio fame. Luke will play "Adam Wayney," a sibling in the Wayney clan, nicknamed "The Wonderful Wayneys" for their good looks, Mensa level intelligence, creativity, athleticism and popularity.The busy actor will also be seen in 2016 on the big screen in the title role of the fantasy/thriller "Adam's Testament." Luke's previous feature work includes the 2015 horror film "Hellions" which screened at both the prestigious Sundance and Toronto International Film Festivals.Not content just to make his mark as an actor, Luke also has interests behind the camera, co-producing three short films entitled, "Where Love Takes You," "Cycle of Broken Grace" and "Little White Lines."Beyond the screen, Luke has wisely used his platform as a successful actor to tirelessly support the world renowned organization Free the Children. Luke has traveled to countries such as India, Haiti and Nicaragua where he aided in building schools and assisting with the construction of water filtration systems in the poorest regions of the countries.Luke is not only the youngest of four children, but also the only boy. His exotic good looks are the result of an Italian, Ukrainian and German background. In his free time, Luke indulges his love of sports by playing both hockey and soccer. Luke is also a proficient drummer.

Meet Me at Christmas

My Babysitter's a Vampire

Little Mosque on the Prairie