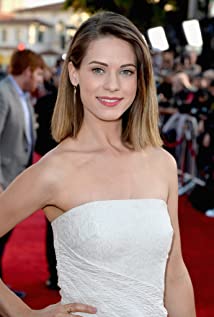 Lyndsy Marie Fonseca was born in Oakland, California, and was raised first in Alameda and then Moraga, California. Lyndsy competed in the International Modeling & Talent Association, where she was recognized as the second runner-up for "Young Miss Dancer of the Year" and was the first runner-up for "Miss Barbizon Young Miss Talent of the Year".There, she was discovered by a manager and agent, then she immediately moved to Los Angeles for her first pilot season at the age of 13. "Colleen Carlton" became her breakthrough role on the CBS soap opera, The Young and the Restless (1973), on which she starred for three years.After leaving Y&R to broaden her horizon, Lyndsy landed guest appearances on shows such as Boston Public (2000), CSI: Crime Scene Investigation (2000) and House (2004), just to name a few. Fonseca had a recurring role on the hit series, Desperate Housewives (2004), opposite [error] and Nathan Fillion. She has also had recurring arcs on the critically-acclaimed series, Big Love (2006), and the hit comedy, How I Met Your Mother (2005).Fonseca has recently had success on the big screen, her film credits include: The Ward (2010), Hot Tub Time Machine (2010), Fort McCoy (2011) and the smash hit, Kick-Ass (2010), in which she starred opposite Aaron Taylor-Johnson.Lyndsy recently completed filming the two-hour Lifetime movie, Five (2011), which consists of five short films about breast cancer, directed by Jennifer Aniston, Demi Moore and Penelope Spheeris.Lyndsy is now starring as "Alex", in The CW's Nikita (2010). Alex, Nikita's (Maggie Q) former partner who plans to take down her old ally while also seeking revenge on the man who killed her family, Friday nights 8p.m. Eastern.Lyndsy is also the older sister of Hannah Leigh, who is following in her footsteps.

You Can't Take My Daughter