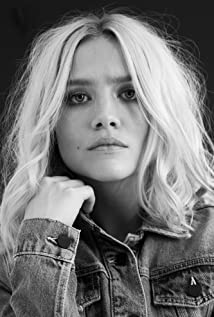 Maddie Hasson is known for leading YouTube Premium's original series "Impulse," starring as 'Henrietta (Henry) Coles.' Based on the third novel in the "Jumper" book series written by Steven Gould, "Impulse" follows small-town teenager Henry (Hasson) as she discovers her extraordinary ability to teleport. Season 1 of the genre-bending action thriller series premiered on June 6, 2018 and the show was renewed for a second season shortly after. The second season launched on YouTube Premium on October 16, 2019. Hasson's other television credits include a lead role in ABC Family's mystery-thriller series "Twisted," "Mr. Mercedes," and "The Finder."On the feature side, Hasson can next be seen starring in the James Wan-directed horror film "Malignant," which New Line Cinema is set to distribute domestically and Warner Bros. is set to distribute internationally. She was also announced to star in "Fixation," a female-driven psychological thriller from director Mercedes Bryce Morgan. Hasson's other film credits include "We Summon the Darkness" from director Marc Meyers, "God Bless America," "Underdogs," "A Light Beneath Their Feet," "Good After Bad," "I Saw the Light," "Novitiate," and the short film "Ape" directed by Josh Hutcherson.Hailing from North Carolina, Hasson began dancing at the age of seven and immediately was noticed by Fox Troupe Dance Company. Hasson won many awards while competing in Fox Troupe, most notably a scholarship to Broadway Dance Theatre in New York City awarded to her by Mia Michaels at The Pulse Convention and the triple threat award at Access Broadway. At fourteen years old, she joined the Opera House Theatre Company and enjoyed performing in several productions in Wilmington, including "Grey Gardens" and "The Best Little Whorehouse in Texas." Hasson resides in Los Angeles.

We Summon the Darkness

I Saw the Light