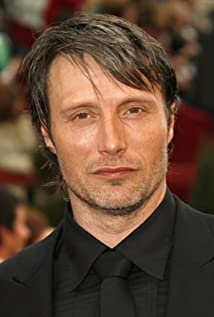 Mads Mikkelsen's great successes parallel those achieved by the Danish film industry since the mid-1990s. He was born in Østerbro, Copenhagen, to Bente Christiansen, a nurse, and Henning Mikkelsen, a banker.Starting out as a low-life pusher/junkie in the 1996 success Pusher (1996), he slowly grew to become one of Denmark's biggest movie actors. The success in his home country includes Flickering Lights (2000), Shake It (2001) and the Emmy-winning police series Unit 1 (2000).His success has taken him abroad where he has played alongside Gérard Depardieu in I Am Dina (2002) as well as in the Spanish comedy Torremolinos 73 (2003) and the American blockbuster King Arthur (2004).He played the role of Dr. Hannibal Lecter in the critically acclaimed NBC series Hannibal (2013), from 2013 to 2015, with great success.

Doctor Strange: Across Time and Space

Rihanna: Bitch Better Have My Money

The Necessary Death of Charlie Countryman