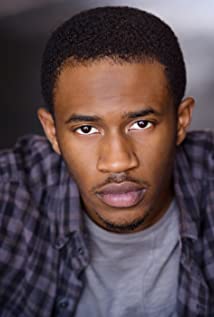 The entertainment industry isn't new to young Malcolm David Kelley, a show business veteran from the age of five. He is known for his role as young "Walt" on the TV series "Lost" and "Finn" on TeenNick's "Gigantic" in 2010-11.His motion picture credits include roles in Antwone Fisher (2002) and You Got Served (2004). On television he guest-starred in the series Judging Amy (1999), Malcolm in the Middle (2000), For Your Love (1998), Girlfriends (2000) and Eve (2003). He was also featured in numerous commercials, including Cap'n Crunch, Kool Aid, Disney and Kohl's department store. Recently, he was seen in a Snoop Dog video and completed a voice over for the Nickelodeon cartoon Fatherhood.In 2010, Malcolm teamed with his former "Gigantic" co-star Tony Oller to create great music together and subsequently formed the pop/rap music duo MKTO. In March 2012 they proudly signed with Columbia Records and have completed their first album. Their debut song "Thank You" and music video was released worldwide on January 4, 2013. They will begin their U.S. tour in early 2013.Malcolm spent the first eleven months of his life in foster care before being adopted by the Kelleys. His sister, Sydney, was adopted by the family two months later. He enjoys playing soccer and basketball, despite his small stature. He keeps up with his favorite basketball team, the Lakers, and politics, even getting involved as class Treasurer at his middle school. His leadership earned him the role of Student Ambassador with People to People Student Ambassadors, with whom he traveled to the United Kingdom to represent the United States.