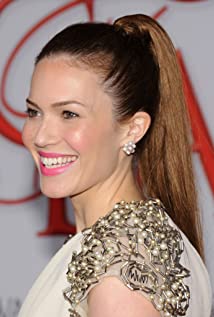 Amanda Leigh Moore was born in Nashua, New Hampshire, on April 10, 1984, to Stacy (Friedman), a former news reporter, and Don Moore, an airline pilot. During her childhood, her family moved to Orlando, Florida, where she was raised. She has Russian Jewish (from her maternal grandfather), English, Scottish, and Irish, ancestry.After seeing the musical "Oklahoma!", she decided that she wanted to pursue a career in singing. As a child, she performed the National Anthem at several athletic events around her hometown of Orlando, Florida, and became known as the "National Anthem girl". At the ripe age of fourteen, while she was recording in a studio in Orlando, a Fed-Ex worker who happened to be passing through heard her and was interested in her talent. He happened to know someone at Sony as well. Moore worked on cutting a demo and shortly thereafter signed a record deal with Sony 550 Music. At 15, her first record "So Real" was released. Her first tour was with the Backstreet Boys.As her touring and recording schedule demanded more of her time, Moore withdrew from Bishop Moore Catholic High School in Orlando and opted for a tutor/correspondence. She has stated that her education is important to her and says that the fact that she wants to go to college motivates her to continue with her schooling.Though Moore's record sales were not up in the ranks of Britney Spears or Christina Aguilera, she has proved to be a formidable talent both in singing and in acting, and snagged an MTV Movie Award in June 2002 for her first feature film role in A Walk to Remember (2002). Her biggest dream, though, is to perform on Broadway someday.Throughout the 2000s, Mandy headlined several films, ranging from the little-seen drama Try Seventeen (2002) to mid-level releases like How to Deal (2003), Chasing Liberty (2004), Racing Stripes (2005), and the more broadly comedic Because I Said So (2007) and License to Wed (2007). She also appeared in the odd-ball sci-fi film Southland Tales (2006), and voiced Rapunzel in the Disney blockbuster CGI animation Tangled (2010).In the mid 2010s, she re-emerged as a star actress, headlining the show This Is Us (2016) and the hit thriller film 47 Meters Down (2017), with more film roles to come.