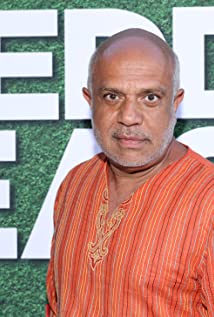 Manoj Sood was born in Mombassa, Kenya and grew up in Western Canada. Manoj entered the entertainment world in 1992 and has been working steadily ever since. Manoj, much to his surprise, landed a supporting role in an American MOW after his very first audition. Up until then, his only acting experience had been from his acting classes. A very nervous Manoj walked onto set on his first day of shooting and when the sound-boom operator said "speed", Manoj thought he was saying "speak" so Manoj jumped right into saying his lines. The director then gave a very nervous Manoj his first on-set note: "Manoj they are saying "speed" not "speak" and you have to wait for the word "action" before you say your lines".Since that day, Manoj has appeared in more than 50 Television and Feature Film productions. He has appeared on popular Television shows like Da Vinci's Inquest (1998), The Dead Zone (2002), Romeo! (2003) and Dead Like Me (2003), as well as numerous others. Manoj has also acted in popular films such as Meltdown (2004) and Rat Race (2001), Watchmen (2009), and more recently a number of independent films including Fathers & Sons (2010) and Repeaters (2010). Manoj played the leading roll of the comically grumpy and lovable character, "Baber" on all six seasons of the internationally acclaimed TV series, Little Mosque on the Prairie (2007), that now airs in the US on Pivot TV. Recently Manoj has worked on the the new Starz series, Insomnia (2018), that was filmed ion location in Moscow, Russia and the highly anticipated TNT and Netflix TV series, Snowpiercer (2020). Manoj has been a passionate fly fisherman and amateur astronomer since he was a child so when he's not acting, you will find him fly-fishing with his son or gazing into the universe with his telescope.

Just in Time for Christmas

The Nine Lives of Christmas

Garage Sale Mystery: All That Glitters