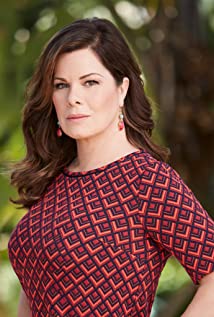 Marcia Gay Harden was born on August 14, 1959, in La Jolla, California, the third of five children. Her mother, Beverly (Bushfield), was a homemaker, and her father, Thad Harold Harden, was in the military. The family relocated often -- she first became interested in the theatre when the family was living in Greece, and she had attended plays in Athens. Harden began her college education at American universities in Europe and returned to the US to complete her studies at the University of Texas in 1983; went on to earn an MFA at NYU, and, thereafter, embarked on her acting career.Although she had acted in a movie as early as 1986, in the little-known The Imagemaker (1986), her first mainstream role, coming alongside some TV movie work, was as a sultry femme fatale in the Coen Brothers' cleverly offbeat homage to the gangster movie, Miller's Crossing (1990). Harden received good reviews for her sultry performance as Verna, a seductive, trouble-making moll. Harden thereafter worked steadily in supporting roles, including the portrayal of Ava Gardner in Sinatra (1992), a television biopic about Frank Sinatra. Harden also worked in the theater and, in 1993, was part of the Broadway cast of Tony Kushner's "Angels in America", playing Harper, the alienated wife of a closeted gay man. It was a demanding dramatic role, and Harden won acclaim for her work, including a Tony award nomination. She returned to movie making in the mid-1990s, continuing to turn in superb supporting performances in films and television.Harden's road to success was a long one, her work generally being overlooked because the productions were either critically panned or ignored by audiences. However, it was just a matter of time before Harden got a chance to truly show her quality on-screen, and that time came in 2000, with Ed Harris's Pollock (2000), in which she played Lee Krasner, artist and long-suffering wife of Jackson Pollock. Harden's performance was deeply moving and unforgettable and earned her the Oscar and New York Film Critic's Circle awards for best supporting actress. Continuing to work prolifically in features and television, she earned another Oscar nomination in 2003 for her supporting role in Clint Eastwood's Mystic River (2003), Harden having earlier worked with Eastwood in 2000's Space Cowboys (2000).Harden's work often makes otherwise mediocre productions worth watching, fully inhabiting any character she portrays. She was married to Thaddaeus Scheel, with whom she worked on The Spitfire Grill (1996), from 1996 to 2012. The couple have three children, a daughter Eulala Scheel, and twins Julitta and Hudson.

Love You To Death