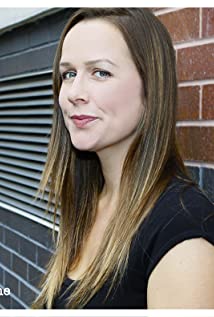 Margaret Rose Champagne was born in Texas, but grew up with her two brothers, John and Chris, in Sanford, North Carolina. She performed regularly at the famed Temple Theatre throughout her childhood and into her teens. After high school, Margaret then moved to New York City to attend Pace University and received her BA in Drama Arts. She performed off-Broadway in various plays before landing the lead role of 'Baby' in the Independent feature film Make Pretend (2001). Margaret acted in various plays and films before directing and producing her own film "Push On".Margaret and Sara Spill created the comedy variety show "Spill the Champagne", they then teamed up with Marissa Miller and Sara Polon to form NYC's most infamous improv sketch comedy group "The Brothel" performing nationwide.She is a stand-up Comedian and performs all over NYC. She runs the show Coyote ChampagneShe is an ensemble member of The Collective.

The Girl from Monday

The Land of College Prophets