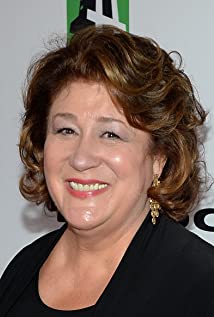 Margo Martindale was born July 18, 1951 in Jacksonville, Texas, to Margaret (Pruitt) and William Everett Martindale, a lumber company owner and dog handler. She is the youngest of three children, and the only daughter. Margo attended Lon Marris College, and later transferred to University of Michigan at Ann Arbor, and did a summer study at Harvard University. She made her film debut appearance in Days of Thunder (1990), she played the minor role of Donna. Notable roles include: Sister Colleen, Susan Sarandon's fellow nun in Dead Man Walking (1995). She played a brief but memorable role as the selfish mother to Hilary Swank's character in Million Dollar Baby (2004).

Blow the Man Down