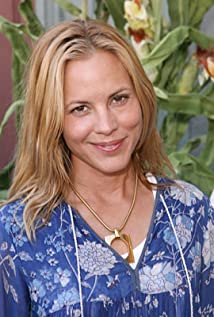 Maria Bello was born on 18 April, 1967 in Norristown, Pennsylvania, to Kathy, a nurse and teacher, and Joe Bello, a contractor. She is of Italian and Polish descent. Maria went to Villanova University, majoring in political science. She had every intention of becoming a lawyer, but she took an acting class during her senior year, just for fun. She discovered she was very good at it, and she was soon cast in small off-Broadway plays, such as "The Killer Inside Me", "Small Town Gals With Big Problems" and "Urban Planning". She later guest-starred on episodes of The Commish (1991), Nowhere Man (1995), Misery Loves Company (1995) and Due South (1994). She got her big break when producers Kenny Lenhart and John J. Sakmar cast her in the spy show Mr. & Mrs. Smith (1996) as "Mrs. Smith" (they remembered her from her performance in a failed pilot that was a remake of the classic TV series 77 Sunset Strip (1958)). The show was canceled after eight weeks on the air. Then came a spot on ER (1994) as "Dr. Anna Del Amico", in which she guest-starred on the final three episodes of the third season. The show's producers were so impressed with her that they asked her back as a regular on the series.