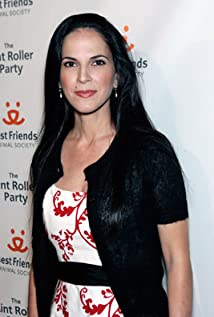 Mariana Tosca is an actor, producer and social activist. She serves on the Advisory Council (along with Dr. Jane Goodall) of Save the Chimps, the world's largest chimpanzee sanctuary which is home to hundreds of chimpanzees retired from the NASA space program, bio-medical research and the entertainment & pet trades. Past Advisory Boards: *TheTenDollarClub.org, a nonprofit organization which funds poverty alleviation projects in developing countries. *DreamCatcher Wild Horse & Burro Sanctuary, which returns wild and/or previously adopted horses back to their natural environment. *Rex & Friends Foundation, a nonprofit group which provided music education and music therapy to people who are blind or living with autism. *Elephant Voices, an organization dedicated to the protection of elephants in the wild. She founded the Los Angeles Homeless Coalition, which offered shelter, relief and skills training to the homeless population there. She served on the Advisory Board and volunteered teaching Drama at the Academy of Music for the Blind, and was on the Advisory Board of Born Free USA. She studied Acting at the American Conservatory Theatre, sat on the Board of Directors of the Alliance Repertory Company and Theatre East. She has also served as a campaign advisor for candidates for Governor, Attorney General, State Senate and State Assembly in California, New York, Oregon and Montana.

So I Married an Axe Murderer