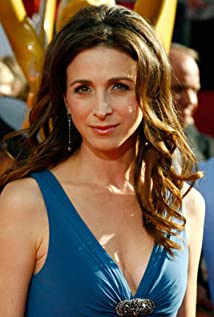 Marin's parents met while serving in the Peace Corps. She was born in Dar es Salaam, Tanzania, but her family moved to Boston, Massachusetts, when she was four months old. Two years later, her brother Mark was born. Her father, Rodney, is a retired school teacher. Her mother, Margaret, is a judge of the Massachusetts Superior Court.Marin wanted to be a ballerina and studied dance until age 16, when an ankle injury ended her dancing aspirations. While concerned about her decision to pursue acting, her parents nonetheless urged her to follow her dreams, but they encouraged her to get a Master's degree so she could at least fall back on a teaching career in case things did not work out. She graduated from Brown University and then enrolled at New York University, where she says she was pretty terrible in her acting classes. In 1992, she met her husband Randall, a New York theater director. After her success, they both moved to a Hollywood home that they leased after a a 9-month separation.Marin had her first successes performing in New York theater ("Electra" & "The Tempest"), then got some minor movie roles and then guest roles on several television shows before her co-starring role on Once and Again (1999). She then got a role as Judith Harper on the popular sitcom Two and a Half Men (2003) and did several guest appearances on Law & Order: Special Victims Unit (1999).