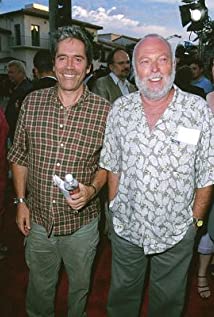 At 18 years old, Mario Kassar made his first film. Shortly thereafter, he moved to Los Angeles in the mid 1970s to begin his career as filmmakers. Kassar quickly became known as a creative producer in the L.A. motion pictures industry; also noted as one of the inventors of the foreign market and co-pro financing.Kassar's early efforts as an independent filmmaker began with small scale release films such as "The Amateur" and "Victory" while starting Carolco International, his own independent theatrical motion picture distribution company in 1976. Kassar began releasing a slew of independent features and first hit with the release of the Rambo franchise First Blood (1982) starring Syllvester Stallone, which was a major motion picture in 1982. Stallone was rumored to have signed a 10 picture deal with Carolco allowing the sequel "First Blood: Rambo II".Total Recall (1990) and The "Terminator" franchise are the most memorable pictures Kassar was associated with. Both stories starred Arnold Schwarzenegger, and were produced through Carolco (excluding Part One of Terminator which was financed by Orion).Other Carolco productions included the under-water thriller "DeepStar Six", the erotic suspenseful "Basic Instinct", "Cliffhanger" - a Stallone vehicle also a hit in 1993, the success of the Roland Emmerich sci-fi film "Stargate" established a cable series in 1997 entitled Stargate SG-1 (1997) starring Richard Dean Anderson. Worth mentioning is "Chaplin" with Robert Downey Jr. playing the life of legendary actor Charlie Chaplin.Kassar re-opened a production company in 2002 called C-2 Pictures to produce "Terminator 3: Rise of the Machines," which was one of the most expensive films that year. The 2003 release allowed a window for the franchise to gain new-life.Kassar is still making pictures, however is very family oriented and enjoys committing his time to his real-life affairs. Kassar will be most remembered for helping to create a successful business model for the international market. With the efforts of other pioneers like Dino De Laurentiis, Kassar paved the way for Hollywood foreign sales and exhibition -- his effort during the 1980s is now the 'industry standard' in today's Studio system.His films have generated more than $3 billion dollars worldwide.

East Meets West: 'Red Heat' and the Kings of Carolco

Terminator 3: Rise of the Machines

Last of the Dogmen