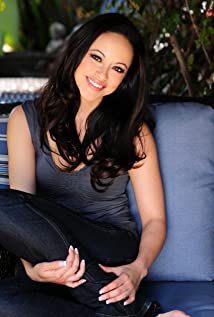 Marisa attended an all-girl private school in East Los Angeles. Her career started when a Polaroid picture of the 13-year-old girl made its way into the hands of a Los Angeles modeling agency. By the age of 15, Marisa began to work as a print model and as a commercial actress. It wasn't long before demand became global, offering her opportunities to work in Singapore, Australia, South Africa, Hong Kong and Italy.Despite her success in modeling, it was acting classes that helped Marisa overcome her life-long shyness. After several guest appearances on Days of our Lives and The Bold and the Beautiful, Ramirez finally got her big break in July 2000, when she was cast in the contract role of supermodel Gia Campbell on General Hospital. She left this role in December 2002 to star in the short-lived ABC drama, Miracles. During her time on GH, she was nominated for ALMA and NAACP Awards.In April 2006, she joined the cast of The Young and the Restless as Jabot Cosmetics public relations consultant Carmen Mesta for five months. The character of Carmen was killed off. Ramirez briefly returned to the show in early 2007 as Carmen's cousin, Ines Vargas. Shortly after, she moved to Colombia to film the FOX summer series Mental, opposite Chris Vance and Annabella Sciorra.In 2011, she was a series regular on Lifetime's "Against the Wall," playing Detective Lina Flores. Despite respectable ratings, the series was not renewed for a second season. Immediately prior to landing that role, Ramirez starred as Melitta on "Spartacus: Gods of the Arena" which filmed in New Zealand.

The Suite Life on Deck