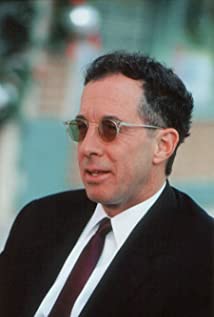 Amongst Mark Canton's most notable films are 300, 300: Rise of an Empire, The Spiderwick Chronicles and Immortals. 300, based on the Frank Miller graphic novel and directed by Zack Snyder for Warner Bros Pictures, opened in 2007 to record-setting box office numbers, having grossed more than $460 million worldwide and is the highest-grossing March release in the history of the motion picture business. The Spiderwick Chronicles, based on the best-selling children books by Tony DiTerlizzi & Holly Black with Mark Waters (Mean Girls) directing, was released in February 2008 by Paramount Pictures and was the highest-grossing family film of early 2008. Immortals, an epic mythological tale set in war torn ancient Greece, was released on 11/11/11 and has amassed a worldwide gross of almost $250 million.Canton initially joined Warner Bros. as Vice President of Production, rising to Senior Vice President and President of Worldwide Theatrical Production. During his tenure at the studio, Canton was instrumental in creating the notable Batman, Lethal Weapon and National Lampoon's Vacation film franchises. His creative influence brought some of today's most powerful filmmakers to the fore and some of the studio's most successful films to the screen. The latter included Tim Burton's Pee Wee's Big Adventure, Batman, Beetlejuice, the Academy award winning Driving Miss Daisy and Martin Scorsese's Goodfellas. Canton also put into production such popular hits as Robin Hood: Prince of Thieves, Purple Rain, Above the Law, The Witches of Eastwick, The Mission, and Presumed Innocent, among others.He departed Warner Bros. to join Sony Pictures Entertainment's Columbia Pictures as Chairman. In the ensuing years, he rose to Chairman of the Columbia TriStar Motion Picture Companies, with all creative, operational and management responsibility for Columbia Pictures, Triumph Films, Sony Pictures Classics SPE's international theatrical operations and Columbia TriStar's strategic motion picture alliancesAmong the films produced under Canton's aegis at Sony were the Academy Award winning As Good as It Gets, starring Jack Nicholson and Helen Hunt; Oscar-winner Jerry Maguire, starring Tom Cruise and Cuba Gooding Jr.; Men in Black, starring Will Smith and Tommy Lee Jones; the Julia Roberts romantic comedy My Best Friend's Wedding; the thriller Anaconda; and the Wolfgang Peterson film Air Force One starring Harrison Ford.A native of New York, Canton is a UCLA graduate (magna cum laude) and a member of UCLA's National Honor Society for American Studies. He delivered the 2011 commencement address at UCLA's School of History. In addition to serving on the UCLA Board of Councilors and the Deans Advisory Board for the School of Theatre, Film, and Television, Canton was Vice Chairman of the Board of Directors of the American Film Institute and Founder and is Chairman Emeritus of AFI's Third Decade Council. In recent years, he has been Honorary Chair of the prestigious Ischia Global Film & Music Festival and the Los Angeles, Italia Film Festival.