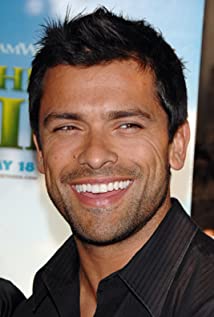 Mark Consuelos was born in Zaragoza, Spain, to an Italian mother, Camilla, and a Mexican father, Saul Consuelos. He grew up in Lebanon, Illinois and Tampa, Florida. He attended Bloomingdale High School in Valrico, Florida and Notre Dame University. While living in Illinois, Mark appeared in "Hello, Dolly" at the Looking Glass Playhouse. Before joining All My Children (1970) in February 1995, Mark has guested on television shows such as Fortune Hunter (1994) and SeaQuest 2032 (1993). Mark enjoys traveling to Italy, which he does once a year. His hobbies include working out and playing many sports, particularly softball and soccer. He has one brother, who is a doctor, and a sister, who is a lawyer.