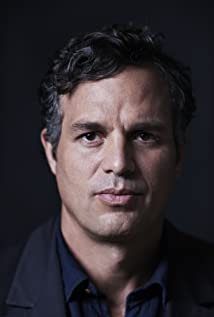 Award-winning actor Mark Ruffalo was born on November 22, 1967, in Kenosha, Wisconsin, of humble means to father Frank Lawrence Ruffalo, a construction painter and Marie Rose (Hebert), a stylist and hairdresser; his father's ancestry is Italian and his mother is of half French-Canadian and half Italian descent. Mark moved with his family to Virginia Beach, Virginia, where he lived out most of his teenage years. Following high school, Mark moved with his family to San Diego and soon migrated north, eventually settling in Los Angeles.Mark first took classes at the Stella Adler Conservatory and subsequently co-founded the Orpheus Theatre Company, an Equity-Waiver establishment, where he worked in nearly every capacity. From acting, writing, directing and producing to running the lights and building sets while building his resume.Moving into film and TV, Mark's inauspicious movie debut was the drifter role of Christian in the horror opus Mirror Mirror 2: Raven Dance (1994) and returned to the film series in the role of Joey with Mirror Mirror 3: The Voyeur (1995). He continued on through the 1990's rather indistinctly with more secondary roles in the horror film The Dentist (1996) starring madman Corbin Bernsen; an amusing perf in the obscure dramedy The Last Big Thing (1996); a third billed role in the Jerry Stiller/Anne Meara bickering senior comedy A Fish in the Bathtub (1998); and the war drama Ceremony... the Ritual of Love (1976) directed by Ang Lee.Bartending for nearly nearly a decade to make ends meet and discouraged enough to give it up, a chance meeting and resulting collaboration with playwright/screenwriter Kenneth Lonergan approaching the millennium changed everything. Ruffalo won NY success in Lonergan's 1996 off-Broadway play "This Is Our Youth," a story about troubled young adults. This led to his male lead in Lonergan's Oscar-winning film drama You Can Count on Me (2000), playing the ne'er-do-well brother of Laura Linney. The performance drew rave reviews and invited comparisons to an early Marlon Brando.Ruffalo never looked back. Notable roles in The Last Castle (2001), XX/XY (2002), and Windtalkers (2002) followed, although in 2002 Ruffalo was diagnosed with an acoustic neuroma, a type of brain tumor. Though the tumor was benign, the resulting surgery led to a period of partial facial paralysis, from which he fully recovered. In 2003, Ruffalo scored leading roles alongside two popular female stars, playing a police detective opposite Meg Ryan in In the Cut (2003) and the love interest of Gwyneth Paltrow in the comedy View from the Top (2003).Though both films were high-profile box office disappointments, Ruffalo went on to four notable (if highly disparate) films in 2004 -- We Don't Live Here Anymore (2004), Eternal Sunshine of the Spotless Mind (2004), 13 Going on 30 (2004), and Collateral (2004) -- which solidified his ability to be both a popular leading man and an acclaimed ensemble player in either comedy or drama.After 2004, Ruffalo was consistently at work, with leads in popular Hollywood films and independent productions that continued to solidify him as one of film's most consistently strong actors: Just Like Heaven (2005), All the King's Men (2006), Zodiac (2007), Reservation Road (2007), and The Brothers Bloom (2008). He also made his Broadway debut as Moe Axelrod in the play "Awake and Sing!"In 2010 Ruffalo achieved something of a breakthrough, by directing the indie film Sympathy for Delicious (2010), which won him the Special Jury Prize at the Sundance Film Festival, and co-starring as the sperm-donor father to lesbian couple Annette Bening and Julianne Moore in The Kids Are All Right (2010). His role in the idiosyncratic domestic comedy/drama earned him Academy Award, Independent Spirit Award, Screen Actors Guild, and BAFTA nominations for Best Supporting Actor. He went on to earn two more Best Supporting Actor nominations as an Olympic-winning wrestling champion in Foxcatcher (2014) and as a journalist working to uncover the Catholic Church sex abuse scandal in Spotlight (2015). In 2017, the actor returned to Broadway in Arthur Miller's "The Price."High-profile roles in Martin Scorsese's Shutter Island (2010) and Longeran's long-delayed film Margaret (2011) followed before Ruffalo's appearance as Dr. Bruce Banner, aka The Hulk, in Joss Whedon's movie blockbuster The Avengers (2012). Garnering highly positive reviews for a role in which actors Eric Bana and Edward Norton could not find success in previous films made Ruffalo a box office action star in addition to a critically-acclaimed actor. He returned to the Banner/Hulk role frequently in such Marvel movies as Iron Man 3 (2013), Avengers: Age of Ultron (2015), Thor: Ragnarok (2017), Avengers: Infinity War (2018), Captain Marvel (2019) and Avengers: Endgame (2019),Reunited with former co-star Gwyneth Paltrow in the sex-addiction comedy-drama Thanks for Sharing (2012), he went on to earn a Golden Globe nomination for playing