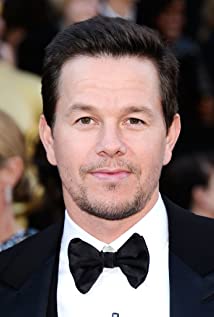 American actor Mark Wahlberg is one of a handful of respected entertainers who successfully made the transition from teen pop idol to acclaimed actor. A Best Supporting Actor Oscar nominee for The Departed (2006) who went on to receive positive critical reviews for his performance in The Fighter (2010), Wahlberg also is a solid comedy actor, proven by his starring role in Ted (2012).Mark Robert Michael Wahlberg was born June 5, 1971 in a poor working class district, Dorchester, of Boston, Massachusetts. He is the son of Alma Elaine (Donnelly), a nurse's aide and clerk, and Donald Edward Wahlberg, a delivery driver. Wahlberg is the youngest of nine children. He is of Swedish (from his paternal grandfather), French-Canadian, English, Irish and Scottish, descent. The large Wahlberg brood didn't have a lot growing up, especially after his parents divorced when he was eleven. The kids crammed into a three-bedroom apartment, none of them having very much privacy. Mark's mother has said that after the divorce, she became very self-absorbed with her own life. She has blamed herself for her son's subsequent problems and delinquency. Wahlberg dropped out of high school at age fourteen (but later got his GED) to pursue a life of petty crime and drugs. He'd spend his days scamming and stealing, working on the odd drug deal before treating himself to the substances.The young man also had a violent streak - one which was often aimed at minorities. At age sixteen, he was convicted of assault against two Vietnamese men after he had tried to rob them. As a result of his assault conviction, he was sentenced to serve 50 days in prison at Deer Island penitentiary. Whilst there, he began working out to pass time and, when he emerged at the end of his sentence, he had gone from being a scrawny young kid to a buff young man. Wahlberg also credits jail time as being his motivation to improve his lifestyle and leave crime behind him.Around this time, his older brother Donnie Wahlberg had become an overnight teen idol as a member of the 1980s boy band New Kids on the Block. A precursor to the boy-band craze, the group was dominating the charts and were on top of their game. Mark himself had been an original member of the band but had backed out early on - uncomfortable with the squeaky clean image of the group. Donnie used his connections in the music business to help his little brother secure a recording contract, and soon the world was introduced to Marky Mark and the Funky Bunch, with Wahlberg as a bad-boy rapper who danced in his boxers. Despite a lack of singing ability, promoters took to his dance moves and a physique they knew teenage girls would love.Donnie scripted some easy songs for Mark, who collected a troupe of dancers and a DJ to become his "Funky Bunch" and "Marky Mark and the Funky Bunch" was born. His debut album, "Music for the People", was a smash hit, which was propelled along by the rapper's willingness to disrobe down to boxer-briefs on stage, not to mention several catchy tunes. Teenage girls thrilled to the rapping "bad boy". Record producer David Geffen saw in Wahlberg a cash-cow of marketing ability. After speaking to designer Calvin Klein, Marky Mark was set up as the designer's chief underwear model.His scantily clad figure soon adorned billboards across the nation. Ironically, while the New Kids on the Block's fame was dwindling as audiences tired of their syrupy lyrics, "Marky Mark's" bad boy image was becoming even more of a commodity. He was constantly in the headlines (often of the tabloids) after multiple scandals. In 1992, he released a book dedicated to his penis. Wahlberg was constantly getting into rumored fights, most memorably with Madonna and her entourage at a Los Angeles party. While things were always intense, they were relatively harmless and made for enjoyable reading for the public. However, when the story of his arrest for assault (and the allegations of racism) broke in the press, things took on a decidedly darker note. People were not amused. Soon after, while on a British talk show along with rapper Shabba Ranks, he got into even more trouble. After Ranks made the statement that gays should be crucified, Wahlberg was accused of condoning the comments by his silence. Marky Mark was suddenly surrounded by charges of brutality, homophobia and racial hatred. His second album, "You Gotta Believe", had not been faring well and, after the charges surfaced, it plummeted from the charts.Adding to the hoopla, Wahlberg was brought to court for allegedly assaulting a security guard. He was ordered to make amends by appearing in a series of anti-bias advertisements. Humbled and humiliated by his fall from grace in the music world, Wahlberg decided to pursue another angle, acting. He dropped the "Marky Mark" moniker and became known simply as Mark Wahlberg. His first big screen role came in Penny Marshall's Renaissance Man (1994). Despite the name change, many people snickered at the idea of the

The Murders at Starved Rock