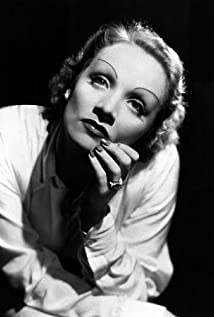 Her father was a police lieutenant and imbued in her a military attitude to life. Marlene was known in school for her "bedroom eyes" and her first affairs were at this stage in her life - a professor at the school was terminated. She entered the cabaret scene in 1920s Germany, first as a spectator then as a cabaret singer. In 1924, she married and, although she and Rudolf Sieber lived together only 5 years, they remained married until his death. She was in over a dozen silent films in increasingly important roles. In 1929, she was seen in a Berlin cabaret by Josef von Sternberg and, after a screen test, captured the role of the cabaret singer in The Blue Angel (1930) (and became von Sternberg's lover). With the success of this film, von Sternberg immediately took her to Hollywood, introducing her to the world in Morocco (1930), and signing an agreement to produce all her films. A series of successes followed, and Marlene became the highest paid actress of her time, but her later films in the mid-part of the decade were critical and popular failures. She returned to Europe at the end of the decade, with a series of affairs with former leading men (she had a reputation of romancing her co-stars), as well as other prominent artistic figures. In 1939, an offer came to star with James Stewart in a western and, after initial hesitation, she accepted. The film was Destry Rides Again (1939) - the siren of film could also be a comedienne and a remarkable comeback was reality. She toured extensively for the allied effort in WW II (she had become a United States citizen) and, after the war, limited her cinematic life. But a new career as a singer and performer appeared, with reviews and shows in Las Vegas, touring theatricals, and even Broadway. New success was accompanied by a too close acquaintance with alcohol, until falls in her performance eventually resulted in a compound fracture of the leg. Although the last 13 years of her life were spent in seclusion in her apartment in Paris, with the last 12 years in bed, she had withdrawn only from public life and maintained active telephone and correspondence contact with friends and associates.

From Caligari to Hitler: German Cinema in the Age of the Masses

Cameraman: The Life and Work of Jack Cardiff

Cinema's Exiles: From Hitler to Hollywood

Marlene Dietrich: Her Own Song

A Personal Journey with Martin Scorsese Through American Movies