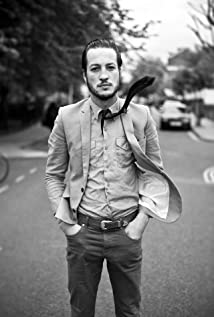 Marlon Williams is an award winning singer-songwriter and actor from the town of Lyttelton, New Zealand. Son of visual artist Jenny Rendall and librarian & musician David Williams, he grew up singing in the Christchurch cathedral choir, before his punk rock dad turned him onto country music in his teens.Before beginning his early acting career in 2015, Williams has starred and directed in a number of his own music videos across his acclaimed discography.In 2015, Williams contributed live recordings to Australian ABC original TV Mini-Series The Beautiful Lie (2015), as well as his first acting credit. The series centers around his music, comprising the entire original soundtrack.2016 saw Williams star in his debut feature film role with the New Zealand drama film The Rehearsal (2016), directed by Alison Maclean and based on Eleanor Catton's novel of the same name. The film screened in the Contemporary World Cinema section at the 2016 Toronto International Film Festival.In 2018, Oscar-Winning actor Bradley Cooper personally cast Williams in his directorial debut, A Star Is Born (2018), after hearing his music on NPR radio, and later attending his concert at the Troubadour in Los Angeles the same week. In the film, Williams acts alongside Cooper in a scene portraying a Roy Orbison tribute at the Grammy Awards. The film garnered global critical acclaim, as well as seven Oscar nominations in 2018, including Best Picture.Williams has gone on to star opposite George MacKay and Essie Davis in the Justin Kurzel directed True History of the Kelly Gang (2019) as George King, which premiered at the 2019 Toronto International Film Festival before its world wide release. The film also stars Russell Crowe, Charlie Hunnam and Nicholas Hoult, and is based on the novel by Peter Carey of the same name. Williams also contributed a song to the film.Williams stars in the upcoming Jonathan Ogilvie written and directed Lone Wolf (2020), which was set to premiere at the 2020 Melbourne International Film Festival. The Australian drama, filmed in Melbourne, also stars Hugo Weaving and Tilda Cobhan-Hervey.