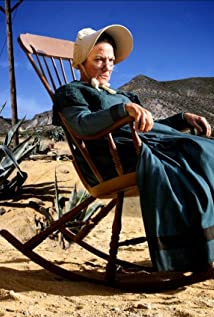 Vivacious, good-natured and friendly, but also fussy, invading and possessive, all these terms can apply to most of the characters played by Marthe Villalonga, one of the busiest comic actresses in France for five decades. Either the quintessential Jewish mother hen (poor Guy Bedos in "Un éléphant ça trompe énormément" and its sequel "Nous irons tous au paradis"!)or the typical voluble caretaker or else the both pampering and annoying wife of Roger Hanin eternally nagging her macho husband, who on earth can resist her fluency, her energy and her sense of comic effects? At least not this writer, even if it can be deplored that the funny lady partly damaged her reputation in appearing in too many a campy French comedy(?) perpetrated by dunces named Philippe Clair, Michel Gérard, Michel Caputo and the like. Add to these qualities her inimitable "pied-noir" accent(characteristic of those French people who had been living in Algeria for generations) and you will find no other actress on a par with her. She was born in Algeria in 1932, a century after it was conquered by the French troops. In the town where she started her life, Fort de l'Eau (now Bordj el Kifan), one of her grandmothers owned a movie theater, which was premonitory indeed, even if chronologically speaking, the cinema came only third in her career, after the theater and television. Marthe, who has Portuguese blue blood in her veins(amazing given the number of proletarian types she played later on!) was soon attracted to the arts. Already treading the boards at the tender age of six, she also learned the piano very young. In addition, she is a good writer, which she proved in 2003 when "Tout simplement", an excitingly moving document about the everyday lives of these French-Algerian nicknamed "pieds-noirs" was published. After leaving school she enrolled in the Algiers Drama Academy and soon found work in Algerian theaters. She had the opportunity to take part (along with Robert Castel and Lucette Sahuquet) in the "Famille Hernandez" adventure. The play, written by the whole company and supervised by Geneviève Baïlac, opened in Algiers in 1957 to packed houses and great acclaim. It managed to cross the Mediterranean Sea and was also a hit in Paris, where it made French people discover who their "cousins" from Algeria actually were. It was all the more important as the "pieds-noirs" would soon become refugees in Metropolitan France, their "fatherland" maybe but to which they were perfect strangers. Marthe, just like the rest of the cast, decided to stay in France. At first, as she thought her accent was a handicap, she decided to get rid of it. Fortunately, René Simon dissuaded her from doing it. A wise decision since Villalonga's future success is attributable precisely to this characteristic. Since then, Marthe Villalonga has worked hard at making us laugh. Of course some of her films are unworthy of her talent but others will not be forgotten such as "Le Coup de Sirocco", the best film about what it was like to have to flee Algeria and to settle in reluctant France, and her three collaborations with André Téchiné ("Les innocents", "Ma saison préférée" and "Alice et Martin") in which she shows she is a sensitive human being not only a comedian.