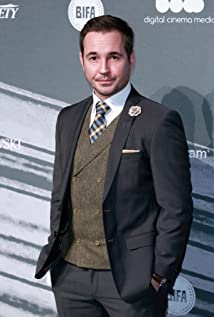 Martin Compston grew up in Greenock, Inverclyde, Renfrewshire. He spent his teen years going to see soccer (football) team Celtic with his brother Barry and dreamed one day he would play for them. He attended St. Columba's High School in Gourock, Inverclyde, where he passed through his Standard Grade Exams and obtained three As and two Bs in his Higher results. He left school after his fifth year to pursue his dream as a footballer and was soon signed by Morton Football Team.In 2000, director Ken Loach discovered him at an audition at his old high school and gave him the lead role in Sweet Sixteen (2002). The movie was filmed in Martin's home area, including Greenock, Gourock, Inverkip, Kilmalcolm, and Wemyss Bay. The film was a huge success, which shot Martin into full view of the public and even gave some fame to Inverclyde. However, many counselors thought that this was bad publicity because the film has to do with drugs and underage drinking. However, Ken Loach then made a statement that the movie was not based on Greenock and Inverclyde - but was only filmed there, as that was where Martin was located.Compston reunited with Loach for the omnibus film Tickets (2005)

The Legend of Barney Thomson