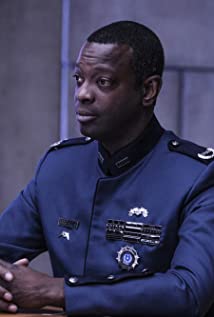 Martin Roach was born on July 15, 1962 in Toronto, Ontario, Canada as Martin Jamie Roach to parents who are immigrants from Africa. Roach began his acting career in 1996 when he played a cop in 2 episodes of Due South (TV Series). These episodes were Starman and Juliet Is Bleeding. His highest, most acclaimed film is Spotlight (2015) while his lowest movie is Dream House (2011)He is an African-Canadian actor best known for his roles on Aaron Stone as T. Abner Hall and in the films Cube Zero (2004), Diary of the Dead (2007), and The Lookout (2007). He portrayed Mike Thompson in Season 1. The following episodes are: "The Armory", "Prisoner of War", "Grace", "Silent Kill", "Sanctuary (Part 1)" and "Sanctuary (Part 2)". He also starred Dream House (2011), Rescue Heroes (1999-2002)In the realm of voice acting, he is also known as Master Yo on Yin-Yang-Yo!, Jake Justice on Rescue Heroes, Big Wheelie on Bigfoot Presents: Meteor and the Mighty Monster Trucks and the Falcon on The Avengers: United they Stand. He's got the market cornered on voicing palette-swapped Transmetal Cheetor and Waspinator models.

Once Upon a Christmas Miracle