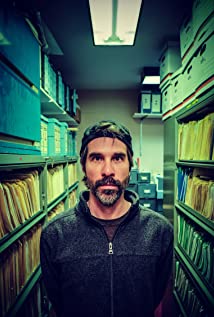 Martin Villeneuve (born on March 13th, 1978) is a Montreal-based screenwriter, director and producer. He studied film production at Concordia University and graphic design at Université du Québec à Montréal.Born in a family that encouraged creativity, and younger brother of Denis Villeneuve (Sicario (2015), Arrival (2016), Blade Runner 2049 (2017), and the upcoming Dune (2020)), Martin began his career as a writer and graphic artist in 2002. His comic book "La voix du tonnerre" and his graphic novels "Mars et Avril" (volumes 1 & 2) were all released to critical acclaim and multiple awards. Martin then worked for 10 years as an Artistic Director in advertising, creating award-winning campaigns for several Cirque du Soleil shows including "Zumanity," "KÀ" and "Corteo". He also directed numerous TV commercials for Cirque, in addition to music videos and documentary shorts, yet his first love always remained film.In 2012, he wrote, directed and produced his debut feature film, Mars et Avril (2012), based on his graphic novels and starring Caroline Dhavernas of Hannibal (2013), and internationally renowned stage director Robert Lepage. The critically acclaimed sci-fi drama received 10 nominations including one for "Best Adapted Screenplay" at the Canadian Screen Awards, and toured in more than 20 festivals worldwide, starting with a world premiere in Karlovy Vary. Mars et Avril (2012) has been described by io9 as "one of the most beautiful, and immersive, sci-fi worlds ever put on film." The inventiveness of the film's production led to a TED Talk in Long Beach, California, making Martin the third filmmaker to receive the invitation - the other two being James Cameron and J.J. Abrams. So far, he is the first and only TED speaker to come out of Quebec. His TED Talk, TEDTalks: Martin Villeneuve: How I made an impossible film (2013), has been subtitled in 31 languages and viewed more than a million times.In 2014, Martin Villeneuve won Union des Artistes' "Best Actor" award for his performance in his short fiction film Imelda (2014), in which he plays his own grandmother. Villeneuve shot two sequels to his short, with Robert Lepage and Ginette Reno, for release in spring 2020. In 2016 and 2017, he directed the first episodes of the second season of Real Detective (2016) for Investigation Discovery Channel and Netflix. Among other projects, he is working with European comic book masters François Schuiten and Benoît Sokal on Aquarica, an animated fantasy feature film about climate change. He is also set to direct Joanna, an original sci-fi thriller to star Matilda Anna Ingrid Lutz. He is represented by Sentient Entertainment since 2018.