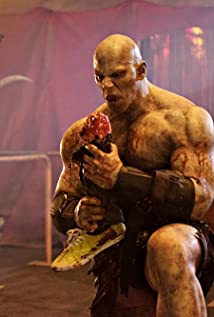 Martyn Ford was born in Staffordshire, England to (Mother Lorraine and Father Stephen. From a young age, Martyn showed natural athletic ability and excelled in many sports and to a professional level. This was the stepping stone to building a successful career in the fitness industry with his work ethic in training carrying over to other pursuits that lead him to be an internet sensation, a fitness influencer, an online fitness coach, and a successful actor. He has since amassed a following of over 3 million people worldwide across multiple social media platforms, signed a professional MMA contract with KSW, and starred in multiple acting roles ranging from HBO television series to Hollywood Blockbusters. His strong athletic background and training experience enables him to diversify his physical appearance from a lean 6'6 310lbs athlete to a 360lb mass monster. This, combined with his MMA training produces a powerful presence on screen giving Martyn an advantage in his roles which have resulted in some of the best fight scenes seen in modern film.Some of his most notable roles include Koshmar (The Nightmare) alongside Scott Adkins in Boyka: Undisputed (2016) directed by Todor Chapkanov. Vlad in Final Score (2018) with Dave Bautista and Pierce Brosnan, directed by Scott Mann which was nominated for best fight scene of the year. In 2017 Martyn starred in Kingsman The Golden Circle alongside acting superstars such as Michael Gambon, Colin Firth, and Taron Egerton. More recently Martyn has ventured into Hollywood, starring in the highly anticipated Fast and Furious 9 as Lt Sue set to be released in 2021. Finally, Martyns latest role is in the HBO production of The Nevers which is set to be released in 2021.

The Intergalactic Adventures of Max Cloud