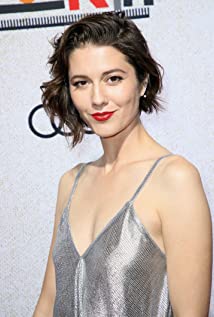 Mary Elizabeth Winstead is an actress known for her versatile work in a variety of film and television projects. Possibly most known for her role as Ramona Flowers in Scott Pilgrim vs. the World (2010), she has also starred in critically acclaimed independent films such as Smashed (2012), for which she received an Independent Spirit Award nomination, as well as genre fare like Final Destination 3 (2006) and Quentin Tarantino's Death Proof (2007).Winstead was born in Rocky Mount, North Carolina but largely raised in Sandy, Utah, which is where she discovered a love for the performing arts. She grew up training to be a ballerina and attended the Joffrey Ballet School training program at the age of 12. It was also around this time that she began to pursue a career in acting and soon started working steadily in television and film.Winstead is also a recording artist and performs under the name "Got a Girl" alongside producer Dan the Automotor.

The Parts You Lose