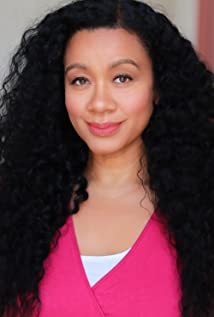 Mashari Laila Bain was always an actress. From the moment she was born she showed her potential. A few days after birth she and her mother were in a hospital baby training class and the teacher asked which baby wanted to volunteer for a hair washing demonstration and Mashari quickly said "gahh" and drew the attention and laughter of all the new mothers. As a young child Mashari would walk down the street and speak to everyone she would pass, "hello lady, hello man," she'd say. Her mother knew she had to keep a close eye on this friendly young lady. However, her desire to act and entertain was abundantly clear to her family at the young age of five. Mashari started charging her family members five cents each to watch her put on her one woman show.Her outgoing personality led her to Columbia College where she studied Broadcast Journalism. Her behind the scenes background quickly led to the beginning of her on camera career. While at Columbia Mashari became a series regular on the Midwestern series "Glass Roots," and later on "Hungry Hearts."After graduating with honors from Columbia Mashari continued her career working on equity stages throughout Chicago and the Midwest. Most recognizably in "Love Child," which received several awards including the Joseph Jefferson award, the highest award given in Chicago Theatre. In addition to theatre, Mashari became a successful voice over artist performing in over forty voice over commercials by the time she left Chicago.Mashari has worked on several television, film, video game, and animation projects since moving to Los Angeles. As of May 2017, she is working on two animated television shows, The Jellies, on Adult Swim and Butterbean's Cafe on Nick Jr. She resides in Southern CA, with her husband and daughter.Her aspirations range from having her own television series and starring in great films to opening up a drama camp for youth and helping the homeless. "I know that with fame, comes a voice that people listen to, I want to be that voice. I want to help change the world and I will."