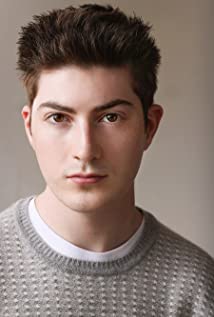 Mason Cook is a film and television actor. He wrapped a 3-season run as Ray DiMeo on ABC's critically-acclaimed and award-winning Speechless (2016).In 2015, he was nominated for a Daytime Emmy award for "Outstanding Performer in a Children's Series" for his guest lead role in the Emmy Award-winning children's series, R.L. Stine's the Haunting Hour (2010). Also in 2015, he was seen in the lead role of Bart Sheffield in the Lifetime Television original production of If There Be Thorns (2015), the made-for-television adaptation of the third installment in the popular Flowers in the Attic book series, along with his regular role as "Aiden Odum" on Legends (2014).Mason made his television-acting debut as "Casey", a cardiac asthmatic patient, on Grey's Anatomy (2005) at the age of nine. His television appearances have included recurring roles on The Goldbergs (2013), The Middle (2009), and Raising Hope (2010), and guest appearances on The Night Shift (2014), Desperate Housewives (2004), Criminal Minds (2005), Hot in Cleveland (2010), Grimm (2011), and Monday Mornings (2013). He landed the coveted lead role of "Eddie Munster" in Mockingbird Lane (2012), the 2012 re-imagining of the 1960s television classic The Munsters (1964). He has also appeared in feature films, most notably Spy Kids 4-D: All the Time in the World (2011), The Lone Ranger (2013), and The Incredible Burt Wonderstone (2013).Cook is a Celebrity Ambassador for two charities: the Elizabeth Glaser Pediatric AIDS Foundation and Shane's Inspiration. Cook enjoys skateboarding, snowboarding, surfing, soccer, and video games.

If There Be Thorns