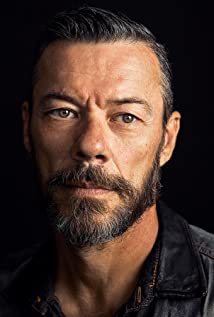 Massimiliano Furlan, aka Massi, was born near Venice in Treviso, Italy.Mr. Furlan started his entertaining career as a stand up comedian.In 2007 Massi moved to Hollywood, CA where his acting chops were quickly recognized. He was immediately cast in the HBO pilot 1%, Terminator: Sarah Connors Chronicles and Criminal Minds.The Italian actor was most recently cast in the most anticipated movie of the 2012- The Dark Knight Rises.In a recent interview Massi (once proclaimed "The New Villain in Town") stated that one of his goals is to work with Sir Anthony Hopkins.Summer 2014, includes a recurring guest star role on NCIS Los Angeles and a great supporting role on the film Blood of Redemption alongside Dolph Lundgren, Billy Zane and Vinnie Jones.Mr. Furlan later on played a Persian vampire on the last season of HBO hit show True Blood and the same year you could catch him on The Last Ship, Michael Bay TNT series.2015 started well and Massi was cast in a 20th Century Fox comedy (is favorite theme) Keeping up with the Joneses alongside Zach Galifianakis, Gal Gadot, Isla Fisher and John Hamn.The same year ended with a two major project, Trafficked a movie about human trafficking alongside Ashley Judd and Live by Night, a period movie based in Boston in the late 20's, starred and directed Ben Affleck and produced by Leonardo DiCaprio.Massi latest notable roles include a guest star appearance on the popular show Supernatural where he plays an Italian priest and right after you can see him on the Emmy multi winner limited series The Assassination of Gianni Versace: American Crime Story, where he played Gianni Versace Designer.Latest projects coming up includes: Jumanji: The Next Level, opposite Dwayne Johnson and Bad Boys For Life, coming out Christmas 2019 and January 2020.

The American King-As told by an African Priestess