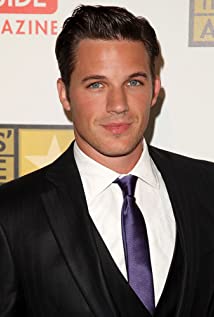 Matthew Mackendree Lanter was born April 1, 1983 in Massillon, Stark County, Ohio, to Jana Kay (Wincek) and Joseph Hayes Lanter. He has a sister, Kara. When he was eight years old, he moved to Atlanta, Georgia, where his father's family is from. His recent ancestry includes Polish, English, Austrian, Scottish, and German.Growing up, the blue-eyed actor spent most of his time playing baseball, football and golf. His love for baseball led him to scoring a position as a bat boy with the Atlanta Braves. In the year 2001, he graduated from Collins Hill High School. His parents got divorced when he was a senior at Collins Hill. Matt majored in Sports Business at the University of Georgia, but eventually moved to Los Angeles to follow his dreams of being part of the showbiz industry. He attended the University of Georgia after attending a community college for two years.Lanter first gained the attention of fans when he was selected as a contestant in the 2004 reality television series, Manhunt: The Search for America's Most Gorgeous Male Model (2004). The show revolved around contestants having to compete with each other in a series of modeling events. Although he did not win the competition, Matt succeeded in making the show's top 10. It did not take too long before critics started noticing Matt.After landing roles on shows such as Grey's Anatomy (2005), CSI: Crime Scene Investigation (2000), Life (2007), Big Love (2006), Monk (2002), as well as the feature film, Bobby Jones: Stroke of Genius (2004), starring Jim Caviezel, he built a solid foundation and was already in demand for future projects. His big break came when he starred as "Horace Calloway", the John F. Kennedy-like first son on the short-lived ABC political series, Commander in Chief (2005) in 2005. However, most people do not know that he was, in fact, not in the original pilot. Instead, Matt was a re-cast. Matt has also recurred on two of television's most popular shows: NBC's Heroes (2006) as the sinister quarterback "Brody Mitchumm" opposite Hayden Panettiere and CBS' Shark (2006) as "Eddie Linden".His talent surpasses the ability to solely act for TV and film and on stage; Matt had the opportunity of starring in his theatrical debut, opposite Laurence Fishburne in Alfred Uhry's "Without Walls" at The Mark Taper Forum. Consistently booking role after role, he has starred in multiple other feature films merging him into a leading man. Lanter's films include: Warner Bros. animated feature film, Star Wars: The Clone Wars (2008), in which he voices the popular character "Anakin Skywalker", the lead in Liongate's comedy, Disaster Movie (2008), and MGM's feature film, WarGames: The Dead Code (2008). Prior to that, he established himself as a tween heartthrob, playing the lead in MGM/ABC Family's film, The Cutting Edge 3: Chasing the Dream (2008).Outside of acting, Matt has participated in various events for the Elizabeth Glaser Pediatric AIDS Foundation (one of which was a celebrity dodgeball team promoting the premiere of Ben Stiller's movie, Dodgeball: A True Underdog Story (2004), in which the proceeds also went to the Elizabeth Glaser Pediatric AIDS Foundation) and the Nautica Malibu Triathlon, where he was part of the "Commander in Chief" celebrity relay team.Despite being busy working in the industry, Matt says that he tries to stay as humble as possible. When he's not acting, he enjoys being outdoors, playing golf and relaxing at the beach.Matt married his longtime girlfriend, Angela Lanter, on June 14, 2013.