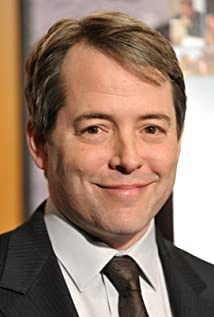 A slight comic actor chiefly known for his boyish charm, Matthew Broderick was born on March 21, 1962 in New York City, to Patricia Broderick (née Biow), a playwright and painter, and James Broderick, an actor. His father had Irish and English ancestry, and his mother was from a Jewish family (from Germany and Poland).Matthew initially took up acting at New York's upper-crust Walden School after being sidelined from his athletic pursuits (football and soccer) by a knee injury. His father got him his stage debut at age 17 in a workshop production of the play "On Valentine's Day". Matthew's career then accelerated with parts in two Neil Simon projects: the play "Brighton Beach Memoirs" (1982-83) and the feature film Max Dugan Returns (1983). Broderick reprised the role of Eugene in "Biloxi Blues" (1988), the second installment of the Simon trilogy, for both the Broadway production and the film adaptation (Biloxi Blues (1988)). For the third and final installment of the trilogy, he was replaced by Jonathan Silverman. In 1983, the same year as Max Dugan Returns (1983), Broderick had his first big-screen success in the light comedy WarGames (1983). Since then he has had his fair share of hits and misses, with some of his better films including Project X (1987) also starring Helen Hunt, whom he subsequently dated; Addicted to Love (1997); and Inspector Gadget (1999). Other films he has appeared in which may be known but not so much respected include Out on a Limb (1992) with his Ferris Bueller's Day Off (1986) co-star Jeffrey Jones; The Night We Never Met (1993); The Road to Wellville (1994); and The Cable Guy (1996) with Jim Carrey, which got him an MTV "Best Fight" award nomination; and the MTV film Election (1999) with Reese Witherspoon. In 1985 he was involved in a controversial car crash while driving in Ireland with his then fiancée Jennifer Grey. The crash killed a woman and her daughter. Broderick paid a small fine to the family of the victims. He broke his leg in the accident, which happened just as Ferris Bueller's Day Off (1986), his biggest hit, was coming out in the US. The box office success (but critical flop) and special effects blockbuster Godzilla (1998) gave Broderick his first action role (should any "Godzilla" sequels be planned, he is under contract for two more). He has occasionally returned to the stage in New York, either in revivals of old musical warhorses such as "How To Succeed In Business Without Really Trying" or in revivals of old "show people"plays, such as "Night Must Fall". In 1996 Broderick attempted to wear three hats as co-producer/director/actor in Infinity (1996), working very closely with his mother, who also wrote the screenplay. It was not a critical or commercial success, and he has not directed or produced since. Since May 1997 he has been married to actress Sarah Jessica Parker. He was previously engaged to both Helen Hunt and dated Lili Taylor. In 1999 he donned a trenchcoat for the children's film Inspector Gadget (1999), alongside Rupert Everett as the evil villain Claw. In March 2001 Broderick returned to Broadway in the musical smash "The Producers" (based on the 1968 Mel Brooks film of the same name). He was nominated for the Tony Award for Best Actor in a Musical, which he lost to his co-star, Nathan Lane.