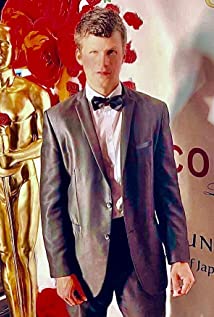 Matthew Campbell started out in acting at the young age of 6. To help him to not be so shy and more outgoing his parents enrolled him in "A Christmas Carol" where he played "Tiny Tim" at the Sacramento Playhouse. The plan to get him to come out of his shell worked very well, maybe too well. He then worked consistently in Theatre productions until the age of 15 where he played Football and Basketball and ran Track. He won both state championships in both sports and was all-state in Track and Field. That following summer he began he transition to film and TV. Most recently he booked "The Magic Stone" as homeless street kid "Ryan". Also, can be found playing frat boy,"Matty" a in a recent project with Kevin Gage in "The Owl In Echo Park" He is set to co-star in the college comedy he also wrote "Sinister City" as well the horror thriller "CrossFyre: The chronicles of Gabriel. He also recently penned the supernatural pilot "Dax Baxter: Demon Hunter" as well as the Sci-Fi Thriller "Groom Lake" both of which he will star and produce.

Stalked by My Doctor: Patient's Revenge

Bring It On: All or Nothing