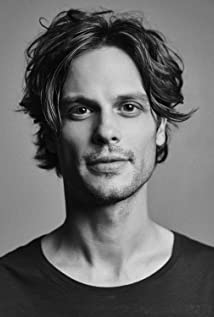 Matthew Gray Gubler is an Emmy award winning actor, director, producer, painter, and voice over actor from Las Vegas Nevada. While studying film directing at NYU he interned for Wes Anderson who gave him his first feature film role as Bill Murray's loyal intern "Nico" in The Life Aquatic with Steve Zissou (2004).For the past eleven years Gubler has starred as the lovable genius Dr. Spencer Reid on the internationally popular crime drama Criminal Minds (2005).Some of his other film acting credits include 500 Days of Summer (2009), Life After Beth (2014), and the cult hit comedy Suburban Gothic (2014) for which he was awarded the 2015 Best Actor Award by Screamfest.In 2014 he won an Emmy for his participation in Drake Doremus' mini series The Beauty Inside (2012).He has provided the voice of Simon the chipmunk in the wildly popular Alvin and the Chipmunks (2007) film franchise and recently voiced the Riddler for DC comic's animated film Batman: Assault on Arkham (2014).As of 2015, Gubler has directed 8 episodes of Criminal Minds, a behind the scenes documentary of the making of "The Life Aquatic," two music videos for "The Killers," videos for "Whirwlind Heat," and "Soko," as well as a fake mockumentary entitled Matthew Gray Gubler: The Unauthorized Documentary (2006) which lampoons his behavior behind the scenes on "Criminal Minds."Also and accomplished painter, Gubler is known for his vivid and expressionistic portraits of people, animals, and imaginary monsters.