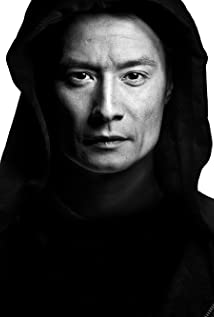 Matt Yang King is best known for his role as Marty Mantle on Riverdale, his acclaimed work on the David Fincher/Tim Miller Netflix series Love, Death and Robots as well as his long running stints on 24, Numb3rs, Supah Ninjas and Strong Medicine. Matt has voiced many iconic characters in television and film; from Studio Ghibli's Only Yesterday with Daisy Ridley, to Transformers, Fortnite, Justice League vs. The Fatal Five, Batman Ninja, and Warcraft's Illidan Demon Hunter.King has appeared on numerous TV shows, as a series regular on the shows Washington Field (2009) and GI Joe: Renegades (2010), and guest starring on everything from Friends to Bones, Frasier to 24. He is most noted for his long running roles on Strong Medicine as Dr. Matt Lin, and on Numb3rs as Agent Matt Li. King is also widely known for his iconic voice work in many movies, television shows, and video games. His characterization of Nicky "Tunnel Rat" Lee on GI Joe: Renegades (2010) was nominated for a BVTVA Television Voice Acting Award.King is the winner of the CAPE/Hollywood Foreign Press Young Screenwriters Award, a Semi-Finalist for the Nicholl Fellowship for screenwriting and the creator of The World of Steam; now in development. He is also the co-creator of Goblins Animated, a new animated show based on the work of Tarol Hunt.